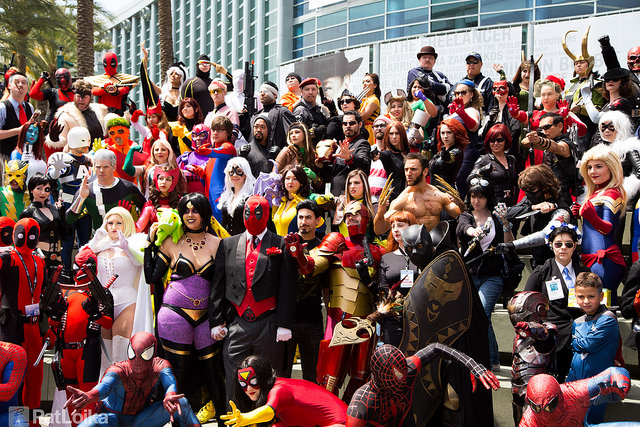 How RocCon Became a Cultural Phenomenon

For 2015 RocCon, following actors showed up in the event: Steve Cardenas who is best known for playing the character Red Power Ranger in Mighty Morphin Power Rangers. Two seasons later he portrayed the rile of Blue Zeo Ranger in Power Rangers Zeo. Keith R. A. DeCandido, popular science fiction and fantasy writer and musician, DeCandido had numerous media tie-in books for properties such as Doctor Who, Star Trek, Supernatural, Buffy the Vampire Slayer, among others. Anime voice actor Todd Haberkorn also showed up in the event including Nichelle Nichols who played Nyota Uhura in the Star Trek television series. Also graced the event was Felix Silla, with his famous fictional character on television’s The Addams Family as Cousin It, and Marina Sirtis who had appeared several times at Star Trek franchise. The 2015 event was estimated at more than 3,200 people in attendance.

Organizing a comic convention is not an inexpensive task. Getting a star to show up means finding the agents first. After finally finding the agent of the celebrity you want to work with, several things need to be discussed: first is the guaranteed amount. Followed by the first-class airfare, 4 to 5-star hotel accommodation for the nights that stars are in the city, plus a set amount of money per day to use for the star’s expenses. If the star is coming from another country, you can expect the expenses to shoot up. So for 2015, organizers of RocCon, headed by Alicia Lurve, started a crowd-funding campaign using the online site Indiegogo. Being a pop culture fan, she offered several opportunities for people to support RocCon that in return can help the organization raised the funds required to bring in more guest stars that have higher talent fees. The organizers were realistic that they can’t have Shatner, Stan Lee, or the Big Bang Theory stars, but they hoped it can get them that $20,000 price range that most stars command.

As per Lurve, there are several risks and challenges in organizing a comic and pop culture convention. The biggest challenge is the competing conventions who are all vying for the same guest stars. Even if a comic con organizer was able to raise the fund required and avoid any credit issues, availability of stars during the Convention weekend with every major convention in the U.S. and even some outside the country is a challenge.

At the Indiegogo campaign, RocCon organizers offered 20 perks that backers could choose. From being a Citizen Helper for $30, to a Happy RocCon Camper for $50. RocCon Ultimate Experience for $100 allowed a backer to bring +1 to the conference and get three-day passes, special backer badges, tee shirts, and exclusive priority Friday night panel access for all the backers. Vendors were also given a chance to help in the campaign by availing any of the five options for them starting at $250 for an 8×8 space and one 6ft table, to the most expensive vendor option called Ultimate Superhero Vendor that provides 10×20 space, two 6ft table, badges, shirts and even lunch for $450.

In 2016, attendees were greeted by cosplayers of the Western New York Superheroes Alliance and costumed actors from the Star Wars 501st Legion. Fans also arrived decked in their elaborate costumes. One volunteer, Melanie Billings, said that her favorite part was the cosplay contests, which include tons of superheroes, like Batman, Superman, and Wonder Woman.

← How RocCon Got It’s Start!
How RocCon Came to an Abrupt End →