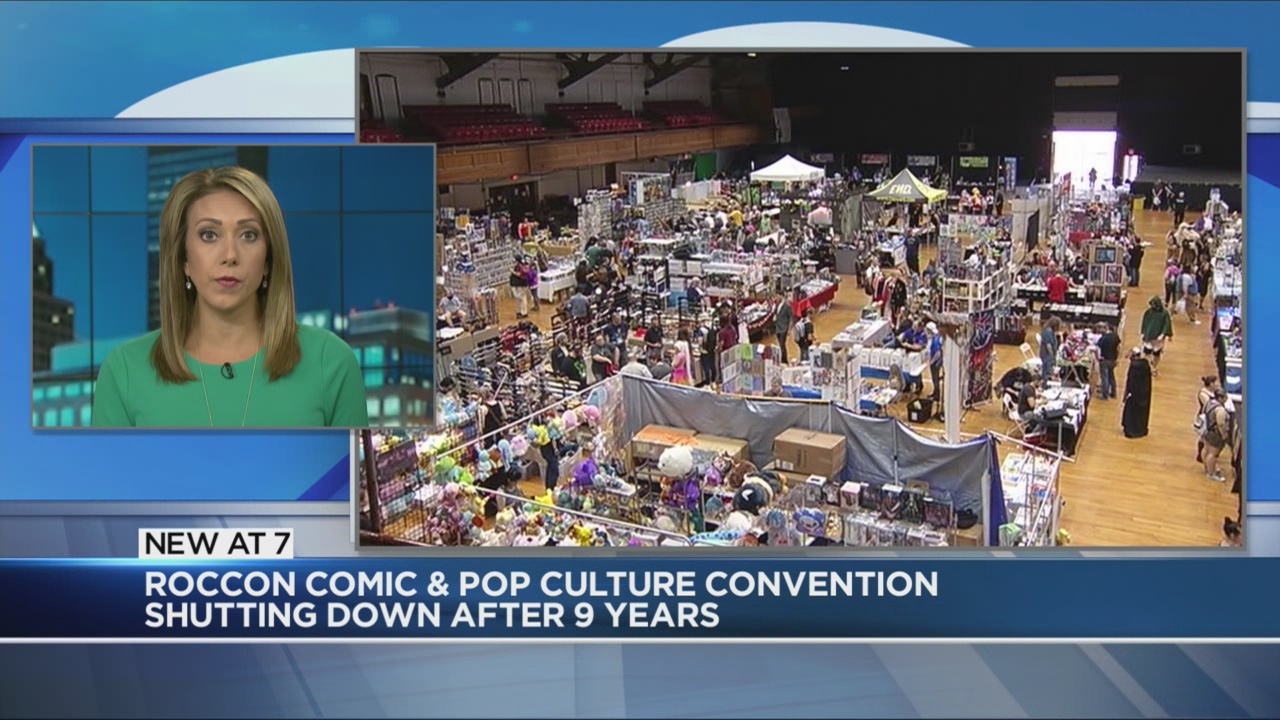 How RocCon Came to an Abrupt End

The last RocCon event happened on September 14-15, 2019. The two-day event saw celebrities including Joey Fatone. Fatone is an actor, dancer, and television personality. Of course, he is best known as a baritone member of the boyband *NSYNC. He came in second place in 2007 Dancing with the Stars and was the host of the Australian and U.S. versions of NBC’s The Singing Bee. Joey was also known for his role in My Big Fat Greek Wedding as Angelo and its sequel.

Another actor who graced the final event was esteemed voice over artist and accomplished actor, Michael Dorn. Dorn first appeared briefly as Apollo Creed’s bodyguard in the film Rocky, and then seen in the television show CHiPs before landing roles on the long-running soap opera Days of our Lives. His biggest role was being the Lieutenant Worf, a Klingon born Starfleet officer. Landing the role gave him the opportunity to be in five films and 272 television episodes in the Star Trek franchise which made him the greatest number of on-screen appearances than any other cast member.

Vic Mignogna was also present at the 2019 RocCon. Mignogna, a famous anime voice-over actor, was in attendance for a record seven years and has been a favorite at RocCon. Walter Jones, the original Black Power Ranger was also at RocCon 2019. Walter is a dancer, singer and is internationally known for his creation of the character Zack The Black Ranger of the Mighty Morphin Power Rangers. He was a regular guest star in over 150 episodes of various shows. Some of his credits include: The Emmy Award and The Golden Globe winning police drama The Shield (2002), the comedy hit Moesha (1996), and the award-winning American drama series CSI: Crime Scene Investigation (2000). Walter regularly lends his voice to the film, video games, radio, and television. Walter’s recent voice over acting jobs includes work on Step Up (2006), Annie (2014), and Divergent (2014).

Another favorite in the convention was author Keith DeCandido who was back at RocCon for the fifth year. Keith R.A. DeCandido has more than 50 novels to his credit, as well as more than 60 comic books, 75 short stories, and a ton of nonfiction to boast. He’s written fiction in more than thirty licensed universes, including movies (Cars, Serenity), TV shows (Star Trek, Supernatural), games (World of Warcraft, Dungeons & Dragons), and comic books (Spider-Man, Thor). He’s also written several original creations, taking place in real-life cities like Key West in Florida or New York but sometimes created fictional places such as Super City and Cliff’s End.
In 2009, DeCandido was given a Lifetime Achievement Award by the International Association of Media Tie-in Writers.

The 2019 convention was the last one for RocCon. Due to “a variety of reasons personal and otherwise”, organizer Alicia Lurve decided not to proceed any longer. On a Facebook post, she thanked everyone who volunteered over the past 9 years and every last person who bought a ticket. She mentioned that for something that was supposed to happen one time, doing it for nine years was an achievement itself.

← How RocCon Became a Cultural Phenomenon